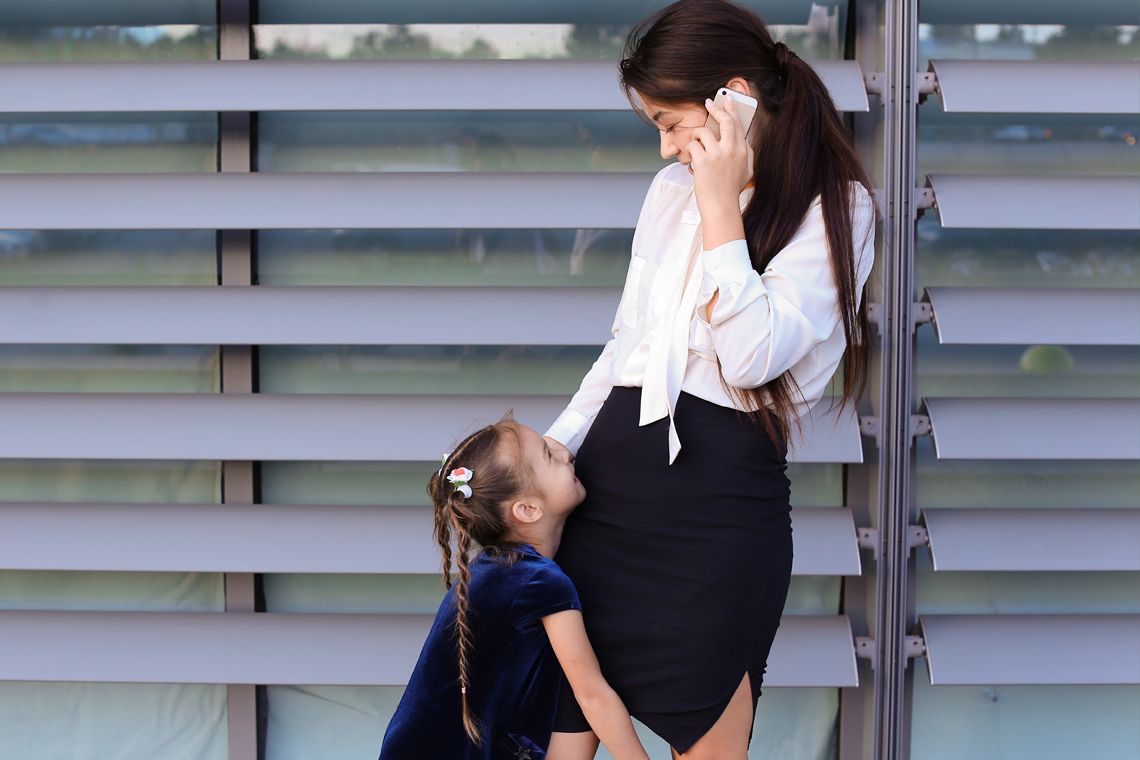 6 second take: What does wealthy mean beyond having a giant heap of cash? Get one writer’s perspective.

Most Americans believe that being wealthy means having lots of money, property, and valuables. It might explain the country’s unhealthy fixation on all things money and material possessions, and how it hero-worships mega-millionaires and billionaires.

Many Americans hold the false notion that they’re just one paycheck away from becoming rich, hanging their dreams and happiness on a myth. This may explain why most people are so anxious and stressed out about money all the time.

Financial wealth may comprise a hefty share of the so-called wealth pie, but you don’t need to have a pile of cash in the bank or stock market, or earn a seven-figure salary, to be a wealthy person.

Wealth is about life and peace of mind. It’s about finding abundance in what makes life worth living, like friends, family, and once-in-a-lifetime experiences.

What Does Wealthy Mean, Really? The 4 Basic Types

To define the true meaning of wealth, you have to consider the four main types that form the so-called wealth pie: financial, social, time, and physical.

Naturally, money comes first. We’re hardwired to exclusively equate money with wealth. And we judge one another by this standard. To get a loan, credit card, or mortgage, you must reveal your “net worth” to the bank, which is concerned only with how much money you have or don’t have. But what does your net worth mean?

Survey respondents in a 2021 study by brokerage Charles Schwab believed that you must have a net worth of $1.9 million in order to be considered wealthy. To be financially comfortable, they said, you need at least $624,000.

But remember, monetary wealth is relative. That person fortunate enough to be worth a few million dollars might not feel so wealthy compared with the guy who lives in a box, but feels like he’s king of the world.

And keep in mind there’s a difference between getting rich and being wealthy. Rich is low-class wealthy.

“People seeking riches never have enough. Wealth is a state of mind. Wealthy people always have enough,” says financial guru, McDonald’s fanatic, and self-made billionaire Warren Buffett (no hero worship here). So what’s enough? The median American’s net worth stands at $224,000. For many, that’s plenty. For others, it’s not enough — not nearly enough.

In other words, it’s all about status — attending the most prestigious university, buying the biggest house on the block, earning some fancy job title at work. Or maybe it’s tooling around town in an oversized pickup truck with bald tires. Others find wealth status through their social media accounts by accumulating and craving followers who ogle and comment on their selfies and other posts.

But social wealth is really about your character, how you interact with others, and how they perceive — and judge — you. Basically, if people see you as a major league jerk, your social wealth standing will remain low, no matter your job status, income level, or how you see yourself.

Also, pursuing more social or status wealth through expensive purchases and high living in order to impress (and fool) others and keep up with the so-called Joneses, often leads to living beyond one’s means. This can, in turn, trigger high debt and other financial woes.

Social wealth, to me, is vanity wealth. Who cares if you’re the vice president of making toilet paper at some no-name company, drive a BMW, and belong to a country club? Meaningless.

Now we’re getting into the nitty-gritty of what wealth really means, beyond just money. Time wealth is about having the freedom or free time to do what you want, where you want, and with whom you want.

Or look at it another way: It can be more than freedom on your own time and schedule. How do you spend your time? Do you throw most of your mental and physical energy at earning money? If so, is it because you’re desperate or greedy?

Do you set aside the time to enjoy your earnings with your family and friends? And do you even enjoy spending your money? Are you perhaps starting to feel the effects of burnout? (Usually in our society today, folks who earn large paychecks don’t seem to have enough time to spend with loved ones or doing their favorite hobbies.)

Or do you take that 20-hour-a-week job at $20 an hour so you can spend more time with your children after school? That’s the trade-off. Some folks say you can never place a price on quality family time, especially with the kids.

For example, I once had an eccentric and well-paid boss who commuted three hours each way from upstate Connecticut to Grand Central Terminal in Manhattan. He was also a father to four boys under the age of 17. He worked nine- to 10-hour days, arriving around 9 a.m., same time as me.

I got the sense he didn’t have much time to see his kids, except on weekends. That said, I couldn’t tell whether his whole work-commute lifestyle worked for him and his family.

Achieving true wealth means having the ability to have time to enjoy the small, seemingly ordinary pleasures of life, like being there to help your kids with homework or reading them a bedtime story.

This is about your health. Probably the most important form of wealth. You can own all the riches in the world, but if you’re chronically stressed or sick or dying of an incurable disease, your money is virtually worthless.

It may pay your medical bills and bring you a bit of comfort, but when you’re in this state, your money won’t produce much enjoyment or satisfaction.

You see it time and time again, especially with middle-aged men: long hours at work, long commutes on crowded trains and highways, premature aging, and heart attacks at 50.

A large paycheck can keep them scrambling through stress and a diminished quality of life.

So if you’re fit and healthy (body and mind), consider yourself wealthy, money or no money.

Of course, you don’t need to have a lot of money. For example, I remember a documentary on a small Russian village that had many elderly people in their 80s, 90s, and 100s. But what stood out was their superior health.

They were financially poor, but physically fit — and happy, too. I bet being walled off from the crazy modern world helped a lot.

How to Bring More Wealth Into Your Life

For most of us, the immediate answer from our reptilian brains is making more money. That will get you on your way, no doubt. But as this column points out, you’ll pay a price if accumulating dollars is your sole ambition.

To attain true wealth, you need to feed the other three forms of it while striking a balance between all four.

You don’t want to focus all your energy on building only financial and social wealth. That would certainly rob you of your time and physical wealth.

Making wealth is really about attracting wealth in your life through self-awareness (keeping it real) and plain old hard work, whether at the office or in your personal relationships with family, friends, and your community.

And the wealth you attract won’t come in big waves. It will come as life’s little luxuries, like having the time to eat out with friends and family or jet off on weekend getaways.

Or maybe it’s just being alive and healthy. The late great American philosopher Wayne Dyer best summed up the meaning of true wealth: “Abundance is not something we acquire. It is something we tune into.”

6 second take: You can take out a personal loan to finance... END_OF_DOCUMENT_TOKEN_TO_BE_REPLACED

6 second take: Sometimes turning saving into a game is exactly what... END_OF_DOCUMENT_TOKEN_TO_BE_REPLACED

LendingPoint is an Atlanta-based lender and servicer, redefining who can access money at fair rates.

To help the government fight the funding of terrorism and money laundering activities, Federal law requires all financial institutions to obtain, verify, and record information that identifies each person who opens an account. What this means for you: When you open an account, we will ask for your name, address, date of birth, and other information that will allow us to identify you. We may also ask to see your driver's license or other identifying documents.

* Applications submitted on this website may be funded by one of several lenders, including: FinWise Bank, a Utah-chartered bank, member FDIC; LendingPoint, a licensed lender in certain states. Loan approval is not guaranteed. Actual loan offers and loan amounts, terms and annual percentage rates ("APR") may vary based upon LendingPoint's proprietary scoring and underwriting system's review of your credit, financial condition, other factors, and supporting documents or information you provide. Origination or other fees from 0% to 6% may apply depending upon your state of residence. Upon final underwriting approval to fund a loan, said funds are often sent via ACH the next non-holiday business day. Loans are offered from $2,000 to $36,500, at rates ranging from 9.99% to 35.99% APR, with terms from 24 to 60 months. Georgia loans have a minimum $3,500 loan amount. For a well-qualified customer, a $10,000 loan for a period of 48 months with an APR of 23.72% and origination fee of 6% will have a payment of $324.48 per month. (Actual terms and rate depend on credit history, income, and other factors.) Customers may have the option to deduct the origination fee from the disbursed loan amount if desired. The total amount due is the total amount of the loan you will have paid after you have made all payments as scheduled.

1. Alimony, child support, or separate maintenance income need not to be revealed if you do not wish to have it considered as a basis for repaying this obligation.

2. The Federal Equal Credit Opportunity Act prohibits creditors from discriminating against credit applicants on the basis of race, color, religion, national origin, sex, marital status, age (provided the applicant has the capacity to enter into a binding contract); because all or part of the applicant’s income derives from any public assistance program; or because the applicant has in good faith exercised any right under the Consumer Credit Protection Act. The federal agency that administers compliance with this law concerning FinWise Bank is the FDIC Consumer Response Center, 1100 Walnut Street, Box #11, Kansas City, MO 64106. The federal agency that administers compliance with this law for LendingPoint is the Federal Trade Commission, Equal Credit Opportunity, Washington, DC 20580.